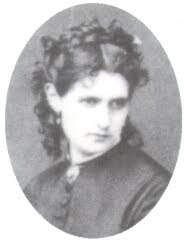 But the world of the men who would be known as the Impressionists opened to her anyway. Manet's mother, Madame Manet, was socially desirable. She held a weekly Salon and it was likely there that the beautiful Berthe encountered the red-haired dandy Manet and became his colleague and model. Who knows what else she felt? Certainly she was a complex young woman.
Posted by Stephanie Cowell at 9:05 AM