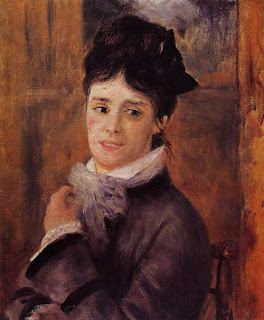 I saw her as very complex. As I mentioned in an earlier post, the most complete study of her to date is by Ruth Butler in her book "Hidden in the Shadow of the Master." Another study will be published late summer: "Monet and His Muse: Camille Monet in the Artist's Life" by Mary Mathews Gedo. I feel Claude never got over her early loss and, in his own way, searched for her all his life. He kept a portrait of her in his bedroom until he died. We will see what Ms. Gedo says!
Posted by Stephanie Cowell at 9:18 AM