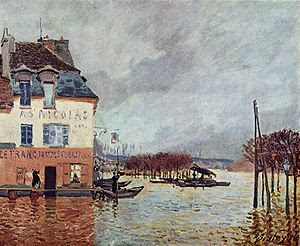 A print of one of his paintings of a snowy rural path hung by my writing desk for a long time.
Posted by Stephanie Cowell at 5:47 PM