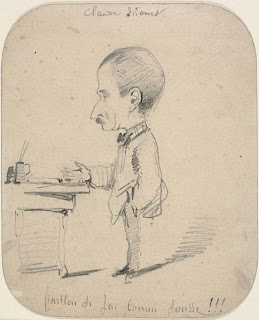 Man Standing by a Desk by Claude Oscar Monet
Posted by Stephanie Cowell at 6:31 PM