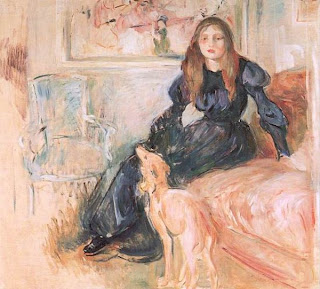 The painting is Julie Manet and Her Greyhound Laertes by her mother Berthe Morisot.
Posted by Stephanie Cowell at 8:21 PM